This is my dad’s time machine. It’s about to change the world — literally. Well, mine at any rate.
— Ross Welford

Ross Welford’s Time Traveling With a Hamster has what may be the best opening in all of fiction:

I mean, come on. There’s no way anyone in their right mind reads those two sentences and puts the book back on the shelf. Nope. Not happening.

And it’s not just the opening lines that rock. Welford’s novel zips along with a verve that makes it seem far shorter than its 400 pages. Hamster wings back and forth from past to present in a tale that is not simply about time travel but also a meditation on the relationship between fathers and sons, as well as an examination of how to grapple with grief.

The setup is simple. On his twelfth birthday Albert (named after Einstein) Chaudhury is given a letter from his father who passed away four years before. The letter claims Albert’s father discovered time travel before his untimely death. It charges the birthday boy with a mission: use said time machine to travel to 1984, change the course of time, and save his father’s life.

The elder Chaudhury was in an accident when he was himself twelve-years-old. The accident left a sliver of metal lodged in his brain that wound through his cranium for nearly three decades before causing an aneurysm that ended his life.

Stop the accident = no metal sliver = no early retirement for Mr. Chaudhury.

What Albert learns, of course, is the same lesson learned by everyone from HG Wells’s Time Traveler to Stephen King’s Jake Epping: screwing with time rarely works out.

In one harrowing sequence, things go as wrong as they possibly can and Albert’s efforts result in his twelve-year-old father’s death. No bueno.

Luckily, Albert can hop back in his time machine and “correct” things.

Like all writers dipping their pens into the inkwells of the spacetime continuum, Welfrod contends with the philosophical implications of altering the past. Like Marty McFly returning to Hill Valley after Biff steals the almanac, Albert finds his “present” horribly changed. He jets back to the past to set things right, but he’s never certain that he hasn’t done little more than create parallel timelines: one in which his father survives to manhood, and one in which he does not.

I often wonder where that “me” is — or the Grandpa Byron with the bad memory — or the Mum married to Roddy with no children. Do they exist in some parallel dimension? Or did they cease to exist when I delivered that letter and Alan Shearer to a twelve-year-old Pye and this world became reality instead?

Where Welford sets himself apart from those who’ve come before him (Ray Bradbury, Jack Finney, Alison Uttley) is in how explores the relationships between fathers, sons and grandsons. Skipping across the decades allows Albert to chum along with a boyhood version of his old man, as well as meet his grandfather as a young man.

Just as Harry Potter had to deal with unsettling discoveries about his father as a young man, Albert is forced to come to terms with aspects of his father’s youthful personality that are frankly unappealing. Time changes people. Sometimes for the better. Albert’s father matures to become a better version of himself. But it doesn’t always work out that way.

When he returns to the “present” after causing his twelve-year-old father’s death, Albert finds his grandfather radically different. Grief from losing a son has changed the course of his life, and not for the better.

Circumstances matter, especially when it comes to tragedy and losing those we love. Welford handles the wreckage of grief well. Notably, he also contrasts opposing concepts about time travel and loss. On one side is Albert’s father, scientist extraordinaire and proponent of modifying time directly.

On the other side is Grandpa Chaudhury, who has trained his mind to create a “memory palace” and populated it with memories from every single day of his life. Grandpa Chaudhury travels through time in his own mind, revisiting memories whenever he sees fit. He sees nothing but misery in his son’s scientific approach.

Of course Al does meddle with time. It wouldn’t be much of a book if he just chose to remember the good times he had with his dad and call it good. But the tension between time travel and memory, science and faith add a resonance to the novel that elevates it above much of contemporary middle grade fiction (or adult fiction for that matter).

This was Welford’s first novel, and it is a damn fine book. He has gone on to write many more, which is a joy because that means many more pleasant days and nights spent with his fantastic storytelling, his compelling characters, and his sharply crafted prose.

The Best Books for Boys Who Hate Reading 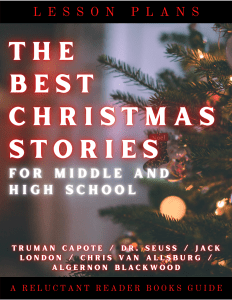